In my last article about the “Wallet of Satoshi” I described how to load the wallet with Bitcoin.
Here I would like to describe how to send Bitcoins to other users via the Lightning Network.

Sending Bitcoins via the Lightning Network

Bitcoins or Satoshis or Sats can be sent from one user to another very easily, almost for free and extremely fast. As long as both users use a wallet that supports the Lightning network. To send money with the “Wallet of Satoshi”, the recipient simply has to open the app and click on “Receive”. 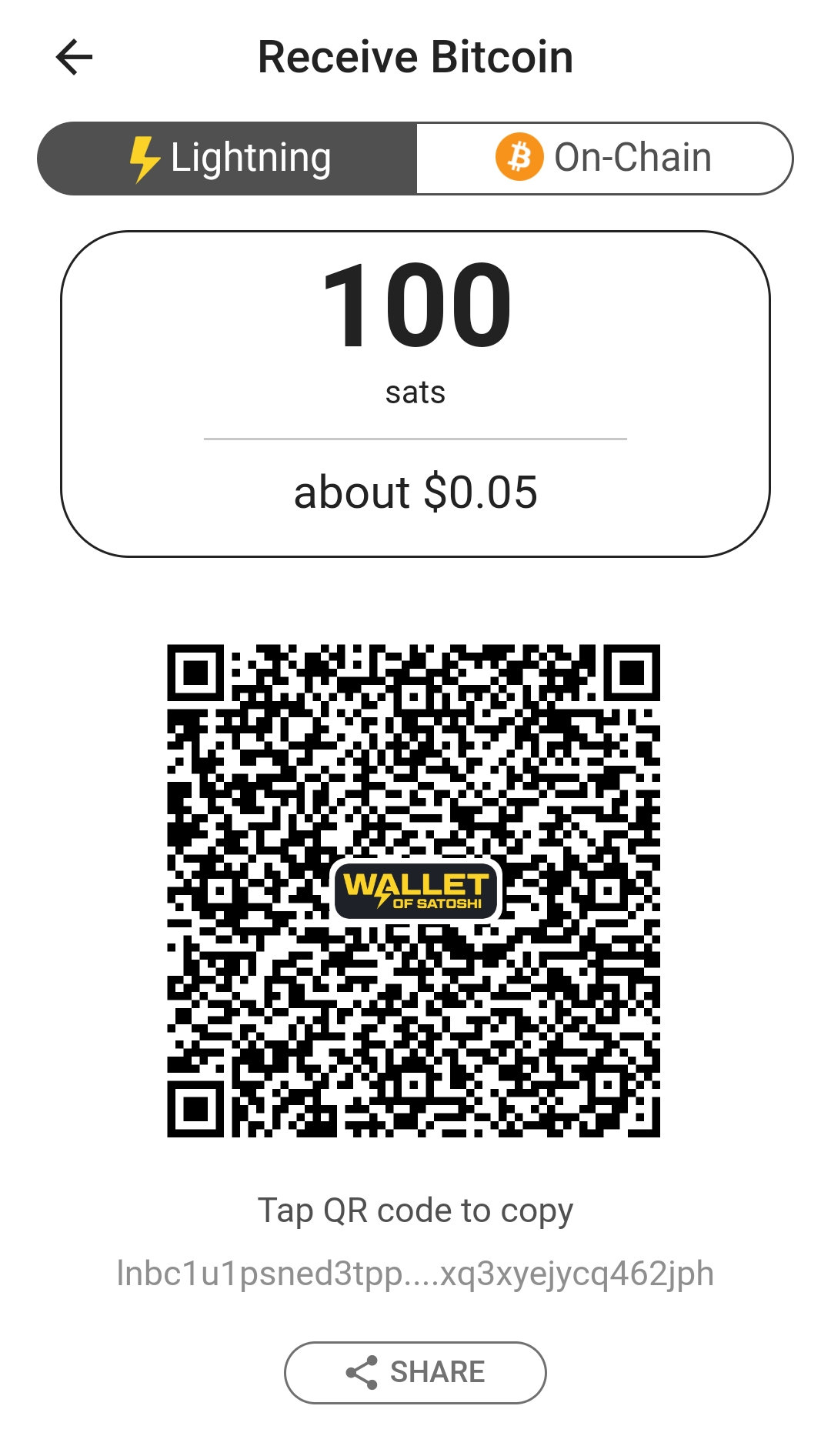 An amount can now also be specified here. In this example I have entered 100 sats, which currently have a value of $0.05. It is important that “Lightning” and not “On-Chain” is checked. If you don’t send Bitcoins over the Lightning network, the transaction fee will be much more expensive.

All you have to do now is click “Send” in the “Wallet of Satoshi”, scan the QR code and click “Pay” to send the Sats. Within a few seconds, the money should arrive at the recipient. 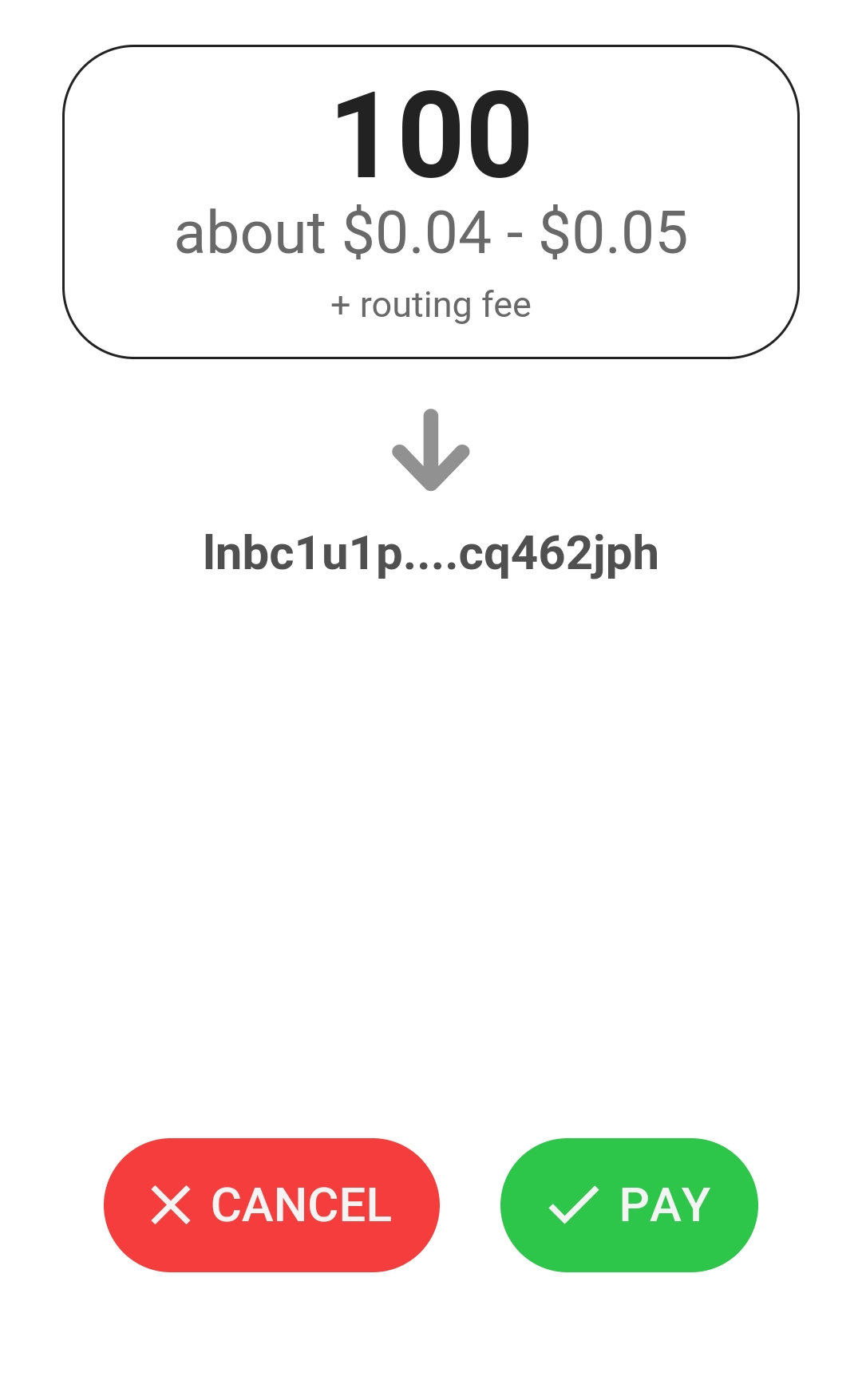 Until now, I have always sent my sats to my wife at zero cost. Probably because we both use the “Wallet of Satoshi”. To other wallets there are probably fees. Under “Advanced Settings” you can have the payment history sent to you by email. In the CSV file, you will also see the fees for each transaction.