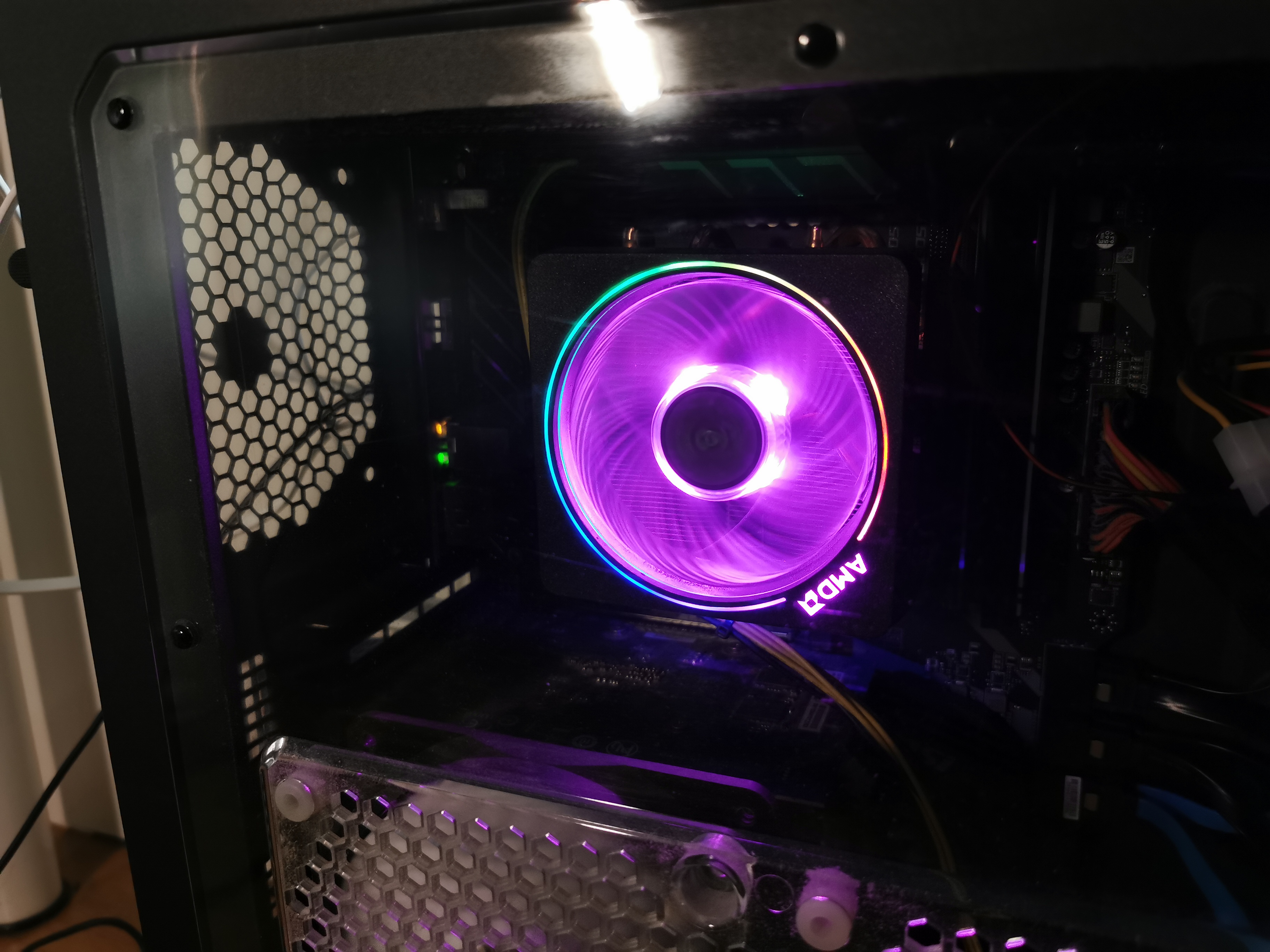 A few weeks ago I thought it was time to gift myself a new CPU. After some research I decided to go with the AMD Ryzen 7 3700X.
For the past 9 years, I’ve been working with an Intel Core 2 Quad desktop processor Q6600, which I had installed in a tower with multiple hard drives. Under Linux, the processor actually fully met my needs. 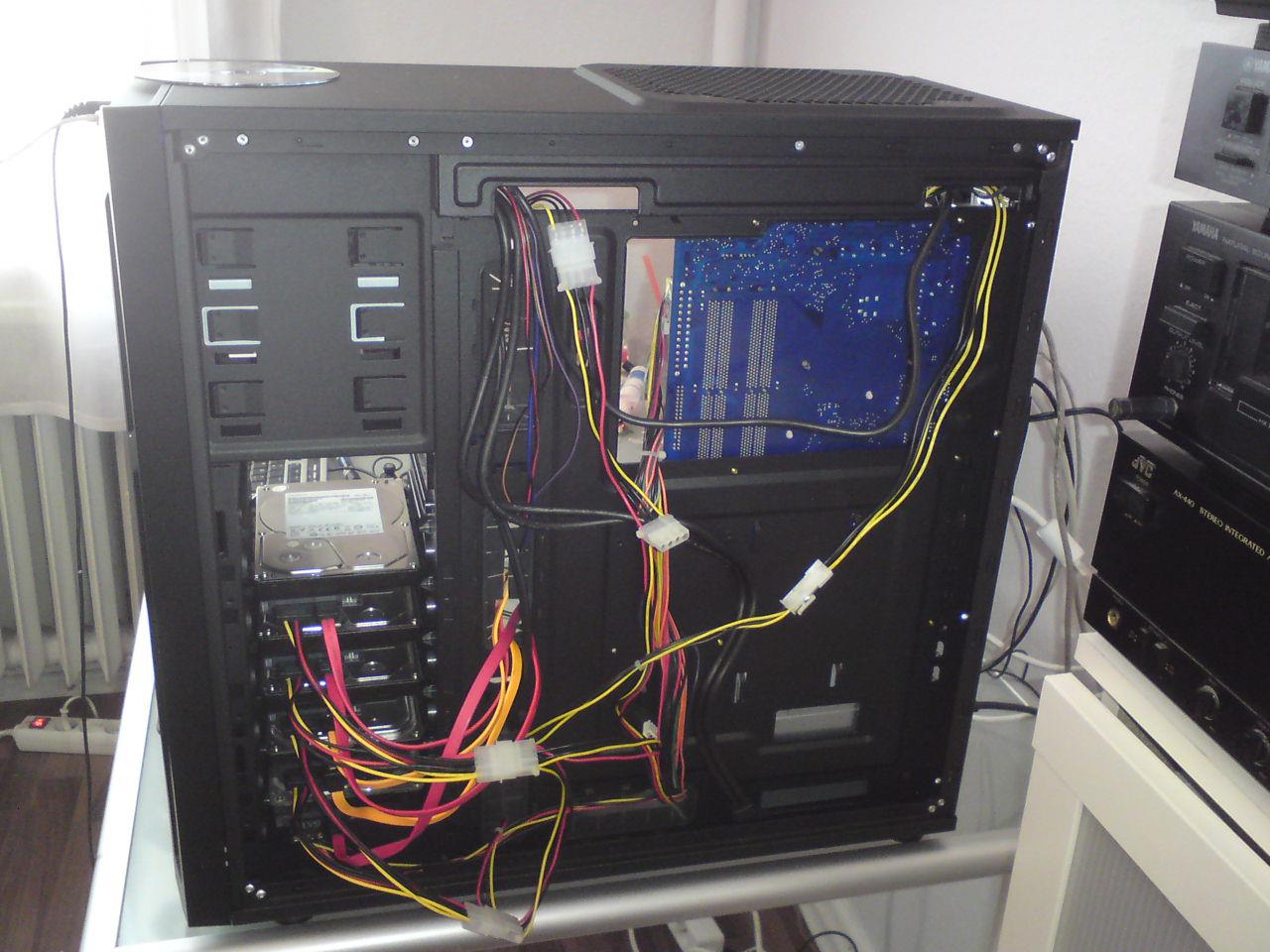 I admit the ketchup mustard wiring isn’t pretty, but it’s on the back of the motherboard and barely visible from the front through the glass.
I’ve been trading and blogging with this machine for years. But now that I’ve tried my hand at timelapse videos and have to combine thousands of image files into a video, my old Intel Q6600 reached its limits. The rendering of videos simply took too long for me.

Why AMD instead of Intel?

I am a Linux user and it is well known that AMD graphics cards feel much more comfortable in Linux than for example Nvidia graphics cards.
I had not yet bought a new graphics card, but will certainly do so in the foreseeable future. If in my system now an AMD processor does its work, then a new graphics card is surely pleased, if already a CPU of the same manufacturer is installed.
But seriously, AMD seems to have a better price-performance ratio than Intel. I took the Ryzen 7 3700X because it was priced in a range that I was willing to spend and because the performance should definitely be enough for my purposes.

Since the AMD processor has a different socket than my old Intel, I also got a new motherboard from MSI, the X570-A PRO AMD X570. And since my DDR1 memory now no longer fit the motherboard, 2 16GB G.Skill Aegis DDR4-3000 DIMM modules also went into the basket.

The installation was actually pretty easy. Unpacked new motherboard, put CPU on it, mounted included fan (thermal paste was applied), put RAM on it, done. However, when booting, there was always only a beep and the computer did not boot. Of course I thought I had done something wrong. But it turned out that one of the RAM modules was defective.

.
Does it make sense to compare a 10 year old processor, with a high quality model from today? I think so, because not all PC users are gamers and constantly buying the latest components for their system. For me, the upgrade was definitely worth it. Now I can easily open a folder with over 1000 large RAW images in Gimp without having to worry about the computer crashing on me. Tasks that took 10 minutes before now take a few seconds. The time savings alone are worth the investment.
It’s much more fun to work on a fast computer.
The expanded RAM also contributes to a better performance, of course.

.
Linux is able to get much more out of old PCs than Windows. But when it comes to complex tasks, where the CPU is brought to its knees, it is definitely worthwhile to take a few euros into the hand and invest in better hardware. The only question is what to do with the old components. Maybe I’ll build a NAS out of it.

Error Message: You have launched an older version of Thunderbird