Today I would like to introduce you to the Wasserhäuschen (water house), also known as Trinkhalle (Drinking Hall) “Gudes Frankfurt”, in Nordend, to be precise in Nordend-West. 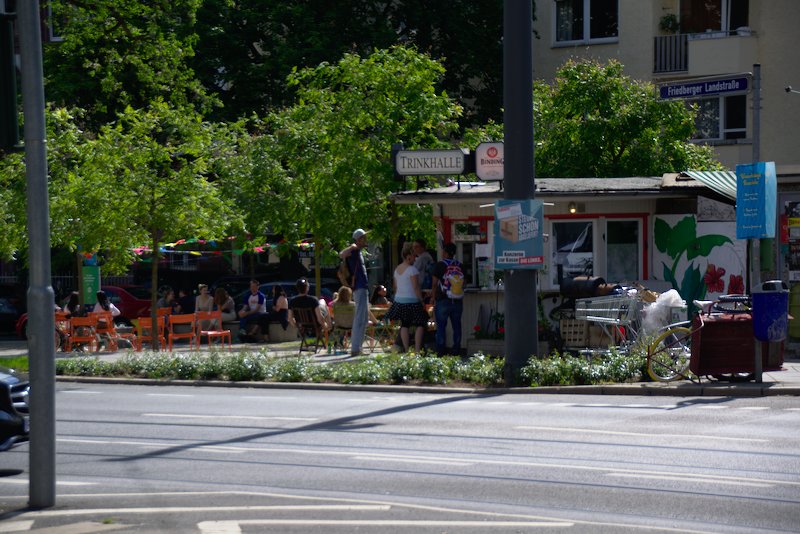 What is the Gudes Frankfurt?

In many parts of Germany it is called Trinkhalle and I, as a Bremer, would have said kiosk at first glance. In Bremen I had never heard the term “Trinkhalle” before, but here they are everywhere, the so-called Trinkhallen or Wasserhäuschen.
Interesting is the fact that there were originally only non-alcoholic beverages in Trinkahallen. Today, in my opinion, they serve almost exclusively the purpose to get cheap alcoholic beverages. The price of a beer is usually much cheaper than in a pub or bar and a bit more expensive than in a supermarket. But it is usually chilled.

So the Gude is a place where I get cheap cold beer. So far so good, but what is so special about it now?

The special thing is that on Matthias-Beltz-Platz in front of the Wasserhäuschen there are tables and chairs. So you don’t just stand with your beer bottle in front of the Trinkhalle, but can enjoy your beer in a nice atmosphere sitting with like-minded people. 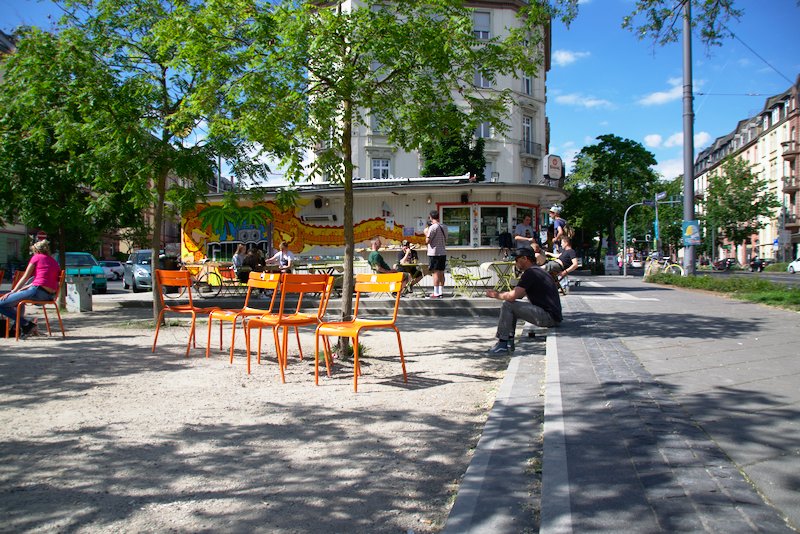 The owners of the Gudes are always friendly and in a good mood and it is really fun to drink a beer there after work. Especially now, when the days are longer again and it is still warm in the evening. If you are a tourist and walking through Nordend, I definitely recommend to make a small detour to this Wasserhäuschen.
Directly at the Matthia-Beltz-Platz there is also a kebab stand, the “Nordend Kebap Haus”, where you can get very tasty kebab dishes. Yesterday I bought a very tasty falafel sandwich there and enjoyed it with my Büble beer from the Gudes. 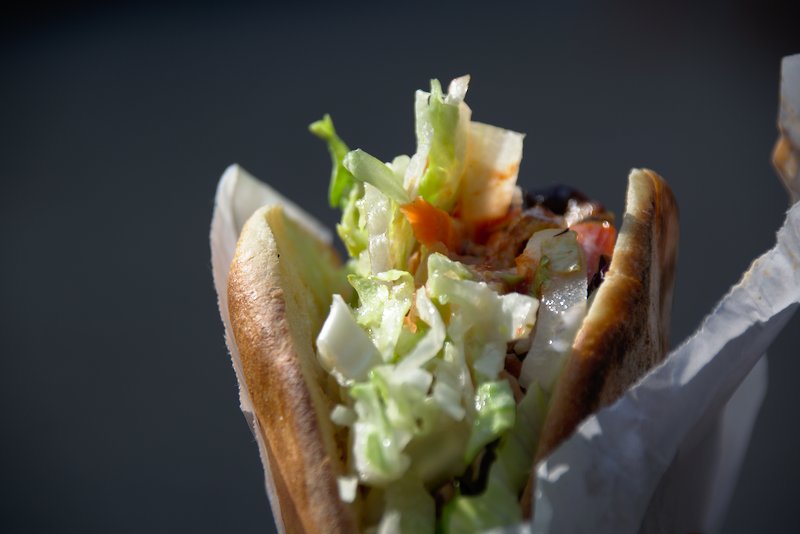 The Gudes is located in the Frankfurt district Nordend-West at the corner Friedberger Landstraße / Neuhofstraße. From Bethmannpark or Günthersburgpark it is a 12 minute walk. If you are in the Berger Straße, you need about 10 minutes by foot to get to the Gudes, if you are at the height of the Ginkgo. The stop Rohrbachstraße/Friedberger Landstraße, where trams 12 and 18 stop, is located directly at the Gudes Frankfurt.