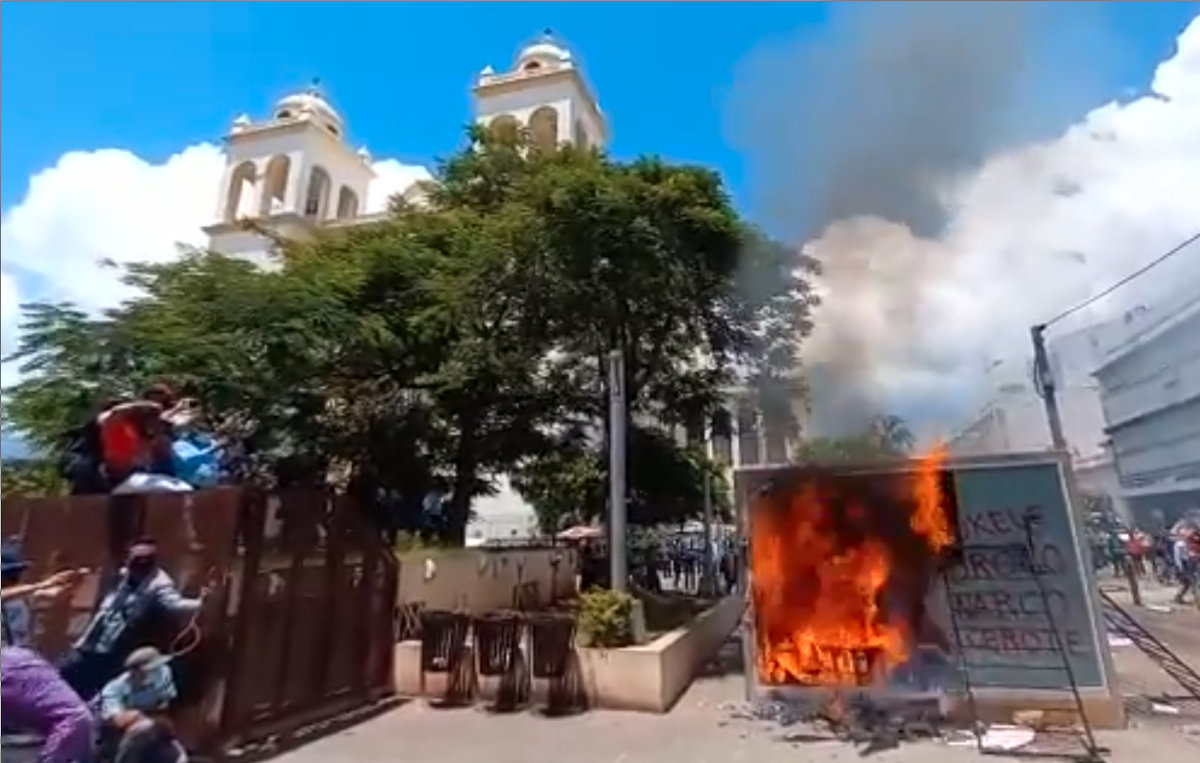 Bitcoin has been legal tender in El Salvador since September 7, 2021. El Salvador residents get $30 worth of Bitcoins when they use the government Bitcoin app Chivo. Unfortunately, since the app’s launch, there have been significant problems with overloaded systems, which naturally leads to resentment among the population.
That’s why during an otherwise quiet demonstration in San Salvador, a Bitcoin ATM from Chivo was set on fire.

The subject of Bitcoin and cryptocurrencies is a very complex one and you need to spend several months on it to see the benefits. I myself didn’t think much of bitcoin in the beginning either. It will take time for people to realize that they will save an extreme amount of money by using Bitcoin. Many El Salvadorians work in the US and other countries and send part of their income to their families in El Salvador. Here, they are then often subject to transaction fees of up to 30%. When people realize that they can now send money around the globe for almost free, they will love Bitcoin. You don’t need the Chivo app either, of course, but any Bitcoin app, preferably with Lightning network functionality, such as the Wallet of Satoshi.

For the past week, merchants in El Salvador have been required to accept payments using Bitcoin. I am sure people will be happy about this in 6 months.